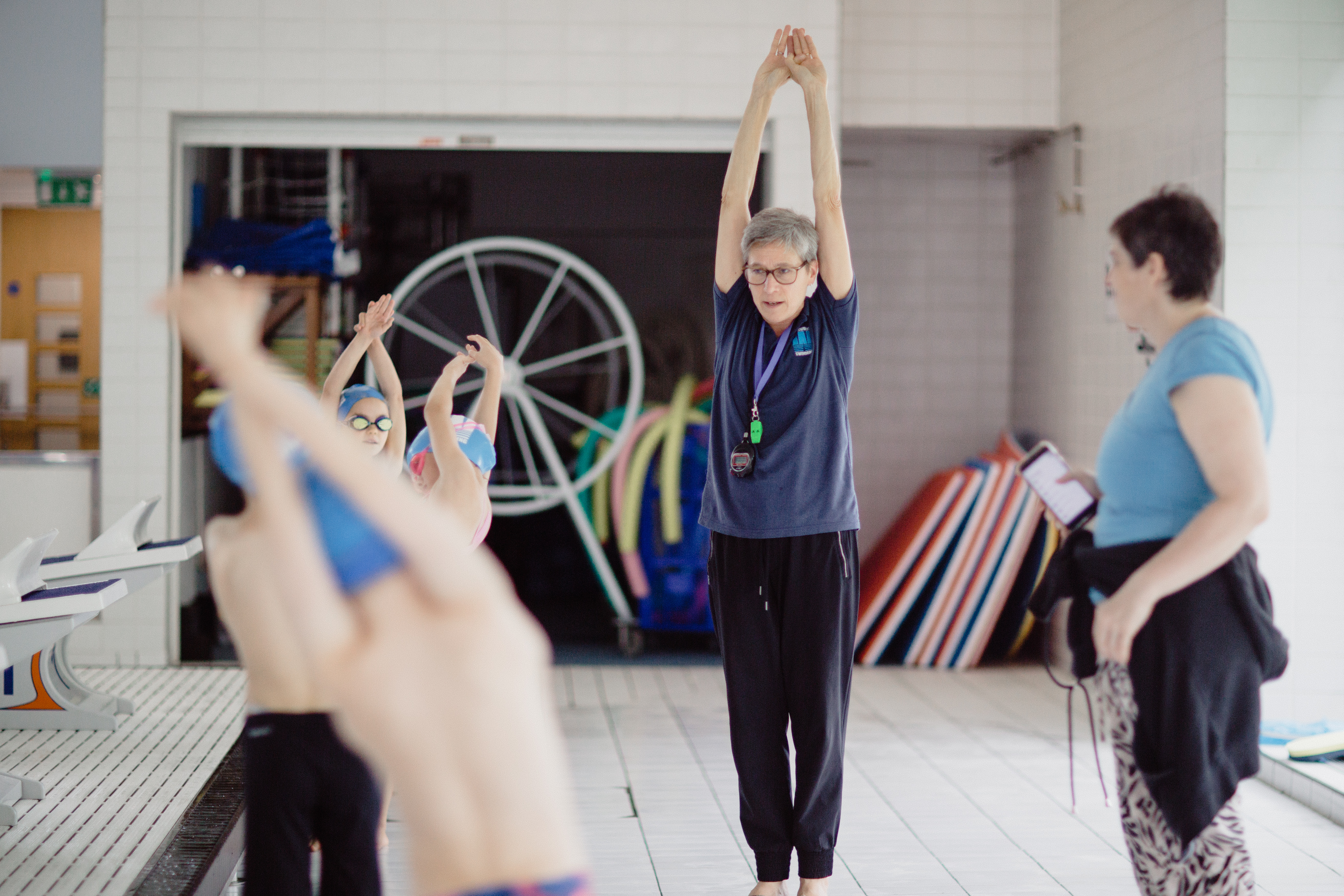 Wandsworth SC has a long and successful track record in teaching and coaching swimmers from pre-school onwards. We pride ourselves in our ability to provide comprehensive training programmes in and out of the water-based on the latest thinking in Swim England’s Long Term Athlete Development programme.

Our water-based training follows clear performance pathways dependent on the swimmers' ability and commitment to the sport.  We aim to maximise every swimmer’s potential no matter their aims and goals.

Our swimmers receive a range of land-based training to complement their in-water training which includes strength & conditioning workouts and yoga by our extensive team of coaches and qualified volunteers. Kamilla joined WSC in 2008 as a County Lead Coach and Assistant Head Coach. Four years and one child on, she was appointed WSC Head Coach.
We are very proud to have such great leadership from Kamilla. During her time WSC has continued its success with swimmers reaching finals and winning medals at County, Regional, National and British Championships.

Moving to England in 1996 she became a swim instructor but soon realised her passion for competitive swimming. She started coaching at a local club in Tooting and as they say, the rest is history!

Cindy is an ASA Level 2 aquatics instructor specialising in preparing young swimmers for competition. She currently coaches our Academy, Pre-Development and Development 1 Squads as well as leading Stroke Clinics and coordinates Mini-Galas for the development level swimmers.

Cindy started out as a Wandsworth SC parent in 2000 and in 2003, joined our team of esteemed coaches teaching our pre-competitive swimmers.

Cindy moved to the UK in 1991 from the US. She swam competitively at high school level and taught swimming during her university years and then moved into the world of Graphic Design. Kasia has been involved in swimming for almost all her life. Her swimming journey started in her local club first as a swimmer, then as a lead teacher and coach.

Originally from Poland where she graduated in Physical Education and also gained her swimming instructor qualifications. She is a dynamic individual with a passion for being challenged. Very patient, enthusiastic, and supportive to all her students.

Her coaching philosophy is to inspire and make everyone love swimming as much as she does.

George is a lifelong swimmer who started swimming under Cindy in 2007. Since then he spent time competing in modern pentathlon before transitioning back into swimming. Specialising in the strokes of breaststroke and front crawl, he continues to participate in swimming as the coach for Senior Development and assists with Development 1 and Junior Development squads. He also assists with galas and stroke clinics. By day, George is currently studying industrial design in London. Tim has been coaching within the club since 2017, having been a swimmer at the Club since the age of 4. He is currently primarily a cover coach as well as working on the weekends with both the development and senior squads. His swimming history ranges from national to international events. One of Tim’s greatest achievements was coming third at the British open water nationals in 2013 and he also competed at the 2012 Olympic trials for 1500 m freestyle.

During the week, he is a full-time rotational physiotherapist at a London hospital having studied for a BSc in sport science and an MSc in physiotherapy.

Assistant Coach Anneke joined WSC as a swimmer in 2000 and swam with the club until age 18, specialising in backstroke and butterfly. Although no longer swimming competitively, she continues to participate in swimming as an assistant coach and a disability swimming teacher with WSC and WASADS and also swims for her own enjoyment. She has assisted with galas, stroke clinics and regular swimming training sessions and is currently works with Dev 1. Anneke has a degree in Fine Arts and is currently working as lighting consultant and designer.